Read our guide to Carex Aurea for everything you’ll ever need to know! Tips for planting & caring for “Bowles' Golden Sedge”

By Miruna SecuianuSeptember 7, 2022
Carex Aurea
Affiliate Disclosure: We independently test & research all products reviewed on the site. We may earn a small commission if you buy through one of our links. This does not affect our reviews or placement of products on the site.

Carex Aurea, also known as Bowles’ Golden Sedge or the Golden Fruited Sedge, is a grass-like plant commonly used for adding texture to a garden. It can make a great backdrop for plants with more extravagant foliage, but it can also work as a focal point in certain environments.

Due to its ability to intermingle with other plants, Carex is great for creating a sense of unity in the garden. It is also relatively easy to plant and grow. It is a lovely ornamental grass that thrives in damp landscapes.

It can be planted along stream banks where it aids with erosion control. Its adaptability to moist environments made it known as the Wet Meadow Sedge. It looks great in all garden styles, from cottage gardens to courtyards and modern gardens.

Carex Aurea is suitable for USDA zones 3 to 9. It is a sun-loving plant but it can also grow well in partial shade. Its main requirement is moist soil. If it gets enough moisture, it will grow quickly and spread easily. It usually creates colonies along streambanks.

It prefers soil with a basic pH with plenty of clay and loam. Overall, it needs poorly drained soil with high moisture retention properties. This plant’s upright hair-like tufts gracefully tremble in light breezes but they can be severely damaged by strong winds. As such, you may want to provide it with some shelter during storms.

The best thing about Carex Aurea is that you don’t have to worry about it in the winter. It is quite frost hardy and it can tolerate temperatures as low as 20 Celsius degrees.

Carex aurea doesn’t need much pruning. However, the leaves tend to wilt and love their charm once the flowering season ends. This is a good time to cut back on the plant. 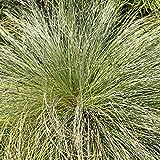 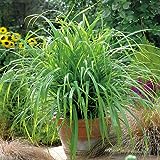 Preparing the soil is crucial to successfully plant Carex Aurea. You should be very thorough when turning the soil and remove all large and medium-sized rocks. Clay soil will generally work well, but if you feel that the soil is too heavy, you can improve it with some grit or organic matter. If you want to enrich the soil, you can add some bonemeal.

It is always best if you start by planting young plants and later experiment with various propagation techniques. Young plants should have moist roots. If the root is too dry, soak it in a bucket of water for half an hour.

When planting it, maintain the same soil level that it had in its pot. Water it generously after planting it and check on it regularly to make sure its soil is moist. You can also plant Carex aurea in a container, but you will have to water it more frequently.

Even though Carex aurea enjoys a moist environment, it is not a very thirsty plant. Mature plants have basic water needs. Younger Carex plants do need extra water. Ideally, you should water young plants about 3 times per week, and water adult plants once per week.

It is important to mention that the weather can strongly impact your Carex plants’ watering needs, so you should always check the soil manually. Always water at the first signs of dryness, as this plant will be happier if you keep its soil moderately moist.

Carex Aurea can be propagated from seed and through division. Propagating from seed is relatively easy. All you need is a small pot and some basic seed starting mix. Sprinkle the seeds on the soil and cover them with a thin layer of soil or sand. Spray the soil with water until it is properly moist and then cover it with a plastic wrap to prevent the moisture from evaporating.

Make sure the seeds get plenty of direct sunlight. Once the seedlings emerge, you can remove the plastic wrap. Make sure that the pot is placed in a south-facing window. Young plants are fragile, so you will have to keep them indoors until they mature. Separate the seedlings and move them in bigger pots as they grow.

Propagating through division is very simple. The process is the same for most ornamental grasses. They must be divided when they are actively growing, which usually happens in spring. Never divide plants when they are flowering.

Use a spade to lift the grass from the ground. Next, use a couple of forks to divide the clump root system. You can also use a spade or a sharp knife to cut through the clump. For the best results, try to keep the divisions relatively large. Don’t expect to turn a mature plant into ten new plants. Once the roots are divided, plant them as we explained in the planting section.

Due to its rich foliage, you might be tempted to use this plant as a focal point. While it looks great on its own, it looks even better when it is planted in masses. It’s suitable for most gardens, and it easily adapts to any environment, be it a boxed garden, a border, a garden bed, or the banks of a stream.

Carex aurea gets along well with most plants. It looks particularly well when planted along with other grass-like plants. It gets along well with Salix Purpurea, Molinia, Scirpus, Carex Flacca, or even Valeriana. The golden leaf accent of this plant and its ability to tolerate partial shade also makes it an excellent choice for brightening up shady areas. It makes a great contrast with gravel or mulch.

Are you growing ornamental grasses? Let us know in the comments below!