Read our guide to Bird’s Nest Fern plant for everything you will ever need to know! Tips for planting & caring for “Asplenium nidus”

By Hollie CarterAugust 17, 2022
Bird’s Nest Fern Guide: How to Grow & Care for “Asplenium Nidus”
Affiliate Disclosure: We independently test & research all products reviewed on the site. We may earn a small commission if you buy through one of our links. This does not affect our reviews or placement of products on the site.

Bird’s nest fern whose scientific name is Asplenium nidus, is one of two of its species in cultivation. Its cousin, the spleenwort looks very different and is much harder to care for. Bird’s nest ferns usually grow on top of other plants and in their natural habitat, they are often found growing in the crooks of tree branches.

Their fronds have a lovely apple color and are shaped like spoons which makes them an attractive choice as a house plant.

The Bird’s nest fern can produce leaves at long as three feet in the wild, but most indoor varieties are much shorter. Though highly attractive, the Bird’s nest fern does require a bit of dedicated attention to help them attain maturity.

Asplenium nidus is not a starter plant for a house plant novice, but rather a plant for people who have gardening experience or who are dedicated to providing the intensive care they need to thrive.

Asplenium nidus adapts well to cooler temperatures and should be raised in filtered light. The optimal soil pH for a bird’s nest fern is 5 and will grow well in a potting mix that is peat-based. The plant has attractive green leaves but does not produce flowers.

Growing a bird’s nest fern in your home requires attention, but with the right conditions, it will grow quickly. New fronds erupt from the nest of the plan and are very delicate. If touched in their infancy, they will become deformed or even die off. If the plant suffers infestation, use insecticidal soap as opposed to a chemical pesticide.

For the best growing conditions, Asplenium nidus should be placed in shaded or filtered light. Direct sunlight will harm the plant, and morning sun can cause plant sunburn. An east or north-facing window is the ideal placement for the indoor version of the Asplenium nidus.

Use an organic compost or potting mix that is peat-based for the bird’s nest fern. For optimal results, use a mixture that is one part perlite and two parts peats. You can also use a potting soil that is a mix of peat and organic compost for the Asplenium nidus.

The main growing season is spring through early fall. The bird’s nest ferns should be fed a liquid fertilizer that has been diluted once monthly during this time. Avoid placing fertilizer pellets or anything else in the nest of the plant.

There is no need to fertilize during the colder months when the plant’s growth cycle is dormant. Overfeeding can cause the bird’s nest fern to get sick. This will result in leaves that have yellow spots or deformed fronds.

The bird’s nest fern is a legitimate plant of the tropics. As a natural jungle plant, they require moist soil that is rich in nutrients. Water your bird’s nest regularly, but avoid soggy soil. Too much-standing water in the pot can lead to root rot which will eventually cause plant death.

The center of the plant, called the nest, is where new fronds spawn. It may be tempting to pour water directly into this area, but it should be avoided at all costs. Watering the nest will encourage the growth of mold and rot in the center of the plants. Instead, water around the base of the plant directly in the soil. Allow the soil to get slightly dry before watering again, but not fully dry or the plant will become brittle.

It is important that your fern is given a warm area to live in. It can tolerate temperatures that range between 68 degrees and 70 degrees. Keep the plant out of direct airflow from vents, fans, and air conditioners to prevent dehydration.

Although the plant can tolerate a range of temperatures, it will not respond well to sudden or drastic changes in temperature. If you live in a cooler or dryer climate, consider placing the plant near a humidifier to ensure proper moisture levels. 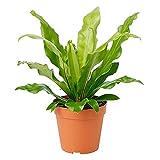 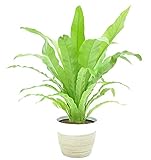 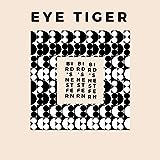 Propagating the Bird’s nest ferns is very difficult. Unlike other plants that can grow from cuttings of a mature plant or root splitting, this plant requires a different process. Bird’s nest ferns are grown from tissue cultures or spores in a controlled setting. For most homeowners or hobby gardeners, propagating a Bird’s nest fern at home is not possible.

Though the plant grows at a moderate rate, it thrives when it is slightly underpotted. Since the plant can’t be propagated during repotting or pruning, it is best to only repot every other year. Mature Bird’s nest ferns will grow higher above the soil as the lower leaves shed, which can lead to pots tipping over. When refreshing the compost, consider using a larger pot with less soil to help the plant maintain a balance.

Most people have seen a bird’s nest fern even if they did not know what it was called. Many people are attracted to the leaves of the Asplenium nidus, especially when new fronds are emerging from the center. This lush tropical plant is perfect for tables, counters, windows and even the floor as long as they are not in direct sunlight.

To nurture a bird’s nest fern at home, it is critical to give the plant plenty of moisture and warmth. When a favorable atmosphere is present, the plant can tolerate more elevated levels of light.

Consider placing it in your bathroom, kitchen, or in a north-facing corner of your porch. The fronds of the bird’s nest fern are attractive emerald green with a slight wave or crinkle at the ends. This aesthetically pleasing look makes it a top choice among homeowners and businesses all over the country.

The center of the plant is called a nest, this rosette looks fuzzy and soft which is where the plant got its name.

Bird’s nest ferns are a lovely choice of houseplant that tolerates most temperatures well. It does thrive in cooler climates, and many greenhouses have been known to grow oversized specimens. The plant typically grows attached to another plant when in the wild but survives on its own in captivity.

If you happen to have other rainforest plants such as bromeliads or orchids, the bird’s nest fern will fit right in. They grow best in filtered light and a moderately humid atmosphere, just like they would in the wild. Keep in mind that these plants require more care and observation than other houseplants and they are also much more sensitive to light, cold, and moisture.

If you have a greenhouse or a green thumb, this is a suitable plant to add to your collection.