Complete Guide to Zebra Plants: How to Grow & Care for Aphelandra squarrosa

Featuring deep green, pointed leaves with silvery veins that create the appearance of stripes and large, showy flowers, the Zebra plant makes a beautiful indoor houseplant. If you’re interested in adding this plant to your indoor display, read on for some helpful growing and care tips.

About the Zebra Plant

Native to Brazil, the Zebra plant is a tropical species of flora. It boasts over-sized, pointed leaves that are dark green and glossy in appearance. Silver-colored veins line the leaves and pop against the dark green background.

In the late summer or early part of autumn, it produces large, golden-colored flowers that stand about 8 inches tall and can last for as long as six weeks.

Given its striking appearance, it’s easy to see why the Zebra plant is a favorite houseplant. It can do quite well indoors; however, because it is a tropical plant, it does pose some unique challenges.

For example, in its natural jungle habitat, it’s exposed to high levels of humidity, warmth, and nutrient-rich soil. If these challenges are accommodated for, however, the Zebra plant can sustain quite well and provide incredible beauty. 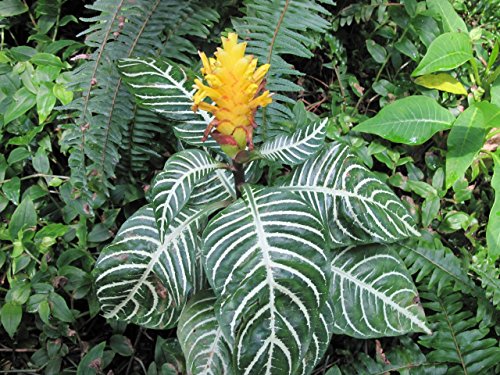 In order to maintain the health of a Zebra plant, optimal growing conditions must be met. These conditions include:

The Zebra plant can be propagated via cuttings. To do so, cuttings should be taken during the spring season, before the active growing season commences.

Using a sharp, sterile knife, remove cuttings that are two- to three-inches in length from the sides of the shoots. Once removed, dust the openings on the cut ends with a rooting hormone. Place the rooting hormone-covered ends of the cuttings into a container filled with a substrate of well mixed peat moss and perlite.

Make sure that the soil is kept damp during propagation. To speed up root growth, apply heat to the bottom of the container. This can be done by placing the container on a heating pad. The container should be placed in an area where the temperature is no lower than 70 degrees F. Additionally, conditions in the growing environment should be kept humid; a covered terrarium would be the ideal location.

As long as the above-mentioned conditions are maintained, the cuttings should become well-established and healthy roots should develop. 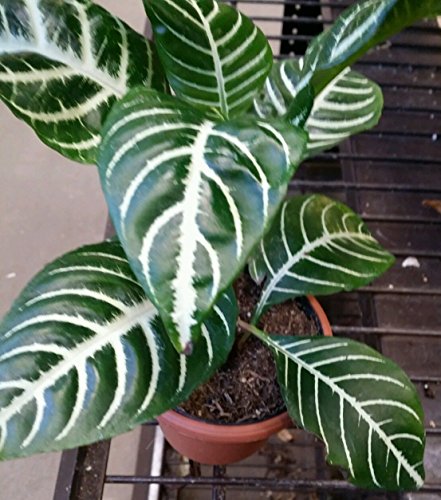 Once your propagated Zebra plant has grown large enough and has established a healthy root system, it’s time to repot.

When repotting, a plastic or a ceramic container would that features a minimum of two drainage holes along the base would be ideal. Additionally, make sure the pot is at least 1 to 2 inches larger than the pot it was originally growing in. Mix together two parts milled coir or two parts peat moss and two parts perlite or coarse sand, along with one part nutrient-rich potting soil. Add water while mixing and make sure that the water is well-blended into the soil.

Set a paper towel or a coffee filter over the top of the drainage holes on the bottom of the new pot. This will help to prevent the soil from washing away when watering your newly potted Zebra plant. Pour soil into the container until it is about 1/3 fill and firmly tamp it down.

Carefully remove the Zebra plant from its original pot. Gently loosen about 1/3 of the soil from the root ball of the plant. Using your fingers, carefully loosen and separate the roots until they hang freely from the base of the plant. Check the roots for any damaged or black pieces. If any damaged or black roots are present, use a pair of sterile scissors to cut them away.

Place the plant in the new container so that the roots are just touching the surface of the soil that has already been added to the base of the container. Slowly pour in small quantities of the remaining substrate mixture around the roots until they are completely covered. Use a spray bottle of water to mist the soil to help it settle around the roots.

Once the root ball has been completed covered with soil, use your fingertips to tamp it down and firmly anchor it in place. Water the newly potted Zebra plant. 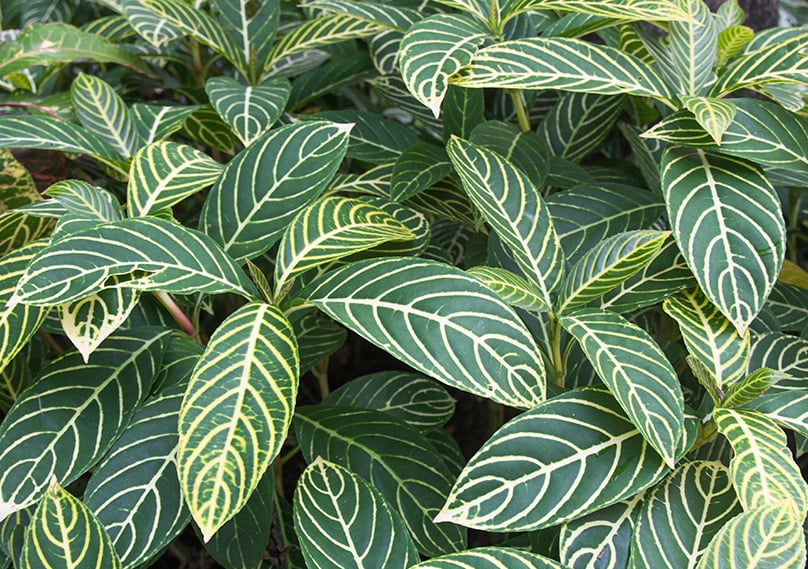 Where to Grow Zebra Plant

As a native Brazilian plant, Zebra plant is not cold-hardy; therefore, it needs to be grown in an area that remains warm year-round. While you can place it outside during warmer weather, it’s best to plant it in a container that can be brought inside when the temperatures dip.

Generally speaking, Zebra plants are relatively easy to care for; however, with that said, it’s imperative that they receive proper care in order to ensure they maintain optimal health. Here are some care tips to keep in mind.

Zebra plants need soil that is consistently wet; however, they should not be overwatered, as exposure to large quantities of water over a prolonged period of time can lead to root rot.

Keep a close eye on your Zebra plant and water it when the top part of the soil has just begun to dry out.

When watering, avoid getting the leaves wet, as it can damage the leaves. If the leaves do get wet while watering, make sure to bot them dry.

Generally speaking, Zebra plants require more frequent watering during the growing season – late spring, summer, and early fall. After the plant has flowered (late summer to early fall) and during the winter months, it doesn’t require as much watering.

In their natural habitat, Zebra plants grow in nutrient-rich soil. As such, in order to maintain the health of the plant, they need to be properly fertilized.

Zebra plants develop large, showy flowers in the later summer or early fall. Once the flowers appear, make sure to keep a close eye on them. As they begin to die off, make sure to remove them as quickly as possible. If spent flowers remain on the plant for too long, the lower leaves may begin drooping and falling off, leaving the plant with bare stems at the bottom.

Once the bract dies off, the leaves and the stem can be pruned back until it’s just a pair of leaves at the base. Doing so will help to promote bushier, fuller new growth when the next growing season begins.

Zebra plants are prone to infestations of whitefly, aphids, and mealybugs.

If your plant is battling whiteflies, remove parts that have been badly infested. Sticky traps can be used to catch any adult pests and an insecticidal soap can also help to rid the plant of these pests.

Insecticidal soap also helps to combat aphid infestations; however, make sure to remove any leaves that have become badly infested.

For mealybugs, dip a cotton swab in rubbing alcohol and rub it along the leaves where the pests have taken up residence. 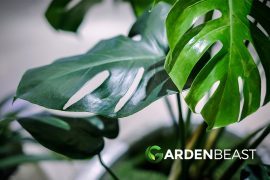 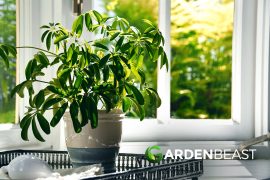 Umbrella Plant Guide: How to Grow & Care for “Schefflera Arboricola” 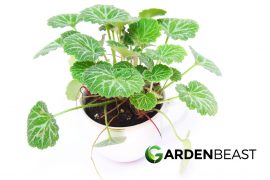 Strawberry Begonia Guide: How to Grow & Care for “Saxifraga Stolonifera”