Boston Ivy Guide: How to Grow & Care for “Parthenocissus Tricuspidata”

If you are looking for a fast climber that can tolerate both sunny and shady environments, you will find very few plants that are as fitting as Boston ivy. We’ll start right off the bat with an interesting fact and we’ll tell you this is the plant that inspired the term Ivy League, as it was often seen growing on many prestigious campuses.

Many gardeners use this plant to beautify the façade of buildings, but very few people know that Boston ivy is, in fact, part of the same Vitaceae family and more related to the grapevines than the ivies. This, and the fact that it originates from eastern Asia – predominantly Japan – has earned it many names, such as Grape Ivy, Japanese Ivy, and Japanese Creeper.

You can successfully grow Boston ivy both outdoors and indoors, but you will have to be cautious and prune it often, as it tends to stretch out very fast and cling to anything it encounters. All in all, it makes for a wonderful climber and ground-cover plant, as well as a nice addition to any room that requires a touch of nature.

When it reaches maturity, Boston ivy can climb as high as 50 feet, or in some instances even more. Its green, lush foliage can best be seen during summer, but the Japanese Creeper is a spectacle of colours year-round. In spring, new leaves are of a reddish colour, turning green during the summer and then slowly transitioning back to shades of red during the fall – a feast for the eyes and, because of its small fruits, for the birds as well.

There are very few climbers more determined than the Japanese Creeper. It can easily attach to masonry, wood, or any type of surface for that matter, using its small tendrils that secret calcium carbonate to act as a gentle adhesive. Many homeowners also like to let this plant spread out on the ground, to act as a ground cover.

You can easily shape Boston Ivy as it grows, guiding it towards the places that need more shade. You can help it climb on pergolas, fences, and trellises, to obtain a natural pavilion. It makes for the perfect privacy screen, especially during summer and fall when its foliage is fully grown.

If you want your Boston Ivy not to spread up the walls, plant it at least 15 feet from the building and make sure to prune it as needed. If you want this beautiful ivy on your wall, we recommend giving it plenty of room to grow. and spread Planting Boston Ivies at least 1 foot from the structure you want them to grow on and leaving around 20 inches between each plant should be enough for your Japanese Creepers to grow happy and healthy.

One thing you do need to be careful of is not allowing Boston ivy to grow on trees. Unfortunately, the vine will cast a lot of shade on the tree, inhibiting its photosynthesis process and preventing much-needed nutrients from reaching the tree.

The Boston Ivy does well in both partial shade and full light, so you can’t really go wrong with where you decide to plant it. However, if you want to truly enjoy its peak red colours in the fall, you need to ensure the creeper has access to full sun.

Growing and caring for your Boston ivy is not difficult at all. It is a very strong and healthy plant, meaning it does not need much to survive. As long as you provide it with bright to moderate sunlight, the foliage will grow to show its true red colours during the fall. It is due to these auburn shades that the Boston ivy is used so often to mask the façade of buildings and walls.

An easy-to-care-for plant, Boston Ivy has moderate water needs. During its first growing season, you will need to help the roots develop by watering the plant thoroughly. After this, you are good with only watering your Boston Ivy once a week during colder seasons and once every few days during the summer or if you live in a hot climate.

The plant does well in all kinds of climates, so you don’t have to worry too much about temperature and humidity. While cold winters may damage the plant, it will usually recover during spring and summer.

If you are growing your Boston Ivy outdoors, it is not always necessary to fertilize it. if you want to give your plant a boost, we recommend you apply a fertilizer that is high in phosphorus during planting. This encourages the development of the root so that your Japanese creeper grows strong.

While Bost Ivy prefers moist soil, this Japanese creeper will not be too upset if you forget to water it, as it can withstand dry soil as well. This applies to both potted and outdoor grown plants, but do keep in mind that a potted Boston ivy with soil that is constantly dry will often appear wilted. 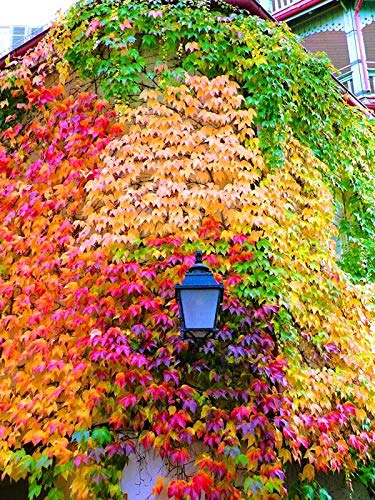 Propagating Boston ivy can seem a bit intimidating at first, but if you follow the instructions, you should be able to have as many baby plants as you need. It’s best to propagate this plant It is best to propagate it during the spring, to maintain the growth cycle.

Remove cuttings that include five to six nodes from a healthy plant. Make sure you remove all but two pairs of leaves from the cuttings you get, then apply rooting hormone to the side of the cutting you are going to place into the soil. Plant the cutting in a pot with either a cactus mix or a perlite and peat moss blend. Always water your baby plants from the bottom, to stimulate the roots to grow downwards. Once the roots have developed, your little Japanese creepers are ready to be transplanted into a permanent pot or into the yard.

There is also the option to propagate Japanese Ivy by using seeds that you can collect from its berries, but it can be a lengthy process. You will need to harvest the berries when they are ripe, then carefully remove the seeds. Your next step will be to wash the seeds and let them dry on some paper towels. Place the seeds in a container filled with loose sand and store them in a refrigerator for two months, to simulate the natural cycle of the plant. You can plant the seeds in early spring, either indoors or out, about half an inch into the soil, and water them thoroughly until the ivy sprouts and starts growing.

Killing Boston Ivy is almost impossible as it can tolerate neglect even as a potted plant. Its easy-going nature makes it a great gift for someone that is just starting to get into gardening. When grown indoors, Boston Ivy can be guided towards which areas to climb on and can be pruned to get the desired aspect. Do not fear you will damage the plant by pruning it – Boston ivy has no problem to be styled exactly how you want it.

There’s really not much to worry about when caring for Boston ivy, so you can’t go wrong by adding it to your garden, especially if you are looking for a way to create shade and protect yourself from heat during summer.

Are you growing Boston Ivy? Share your experience in the comments below! 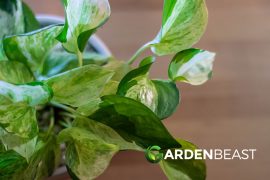 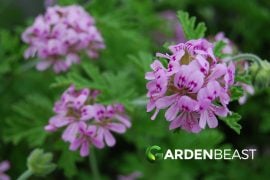 Citronella Plant Guide: How to Grow & Care for “Pelargonium Citrosum” 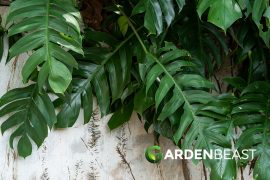 Epipremnum Pinnatum Guide: How to Grow & Care for “Tibatib”