Our complete guide to growing Gooseberries at home - Everything you need to know from planting to caring for your Gooseberries to harvesting.

The gooseberry is small, round fruit with thin skin, and it sort of looks like a grape – with a very different taste. Gooseberries are available in many different colors, from pink to green, and white, depending on the cultivar.

There are dozens of varieties, with some gooseberries being suitable for picking and eating right off the plant, while other cultivars are better suited to cooking or preserves. This deciduous perennial shrub can reach heights of up to five feet tall, with a five-foot spread.

Gooseberry bushes grow best in regions that experience cool summers, making them ideal for planting in the northern states. The plant is hardy and can withstand frozen ground during the wintertime. While the plant is a tasty treat for the kitchen, it’s considered invasive in some regions of the US due to the plant carrying a disease known as “white pine blight.”

Therefore, those regions in the US where white pine is present outlaw the growing of gooseberries. Check with your local authority to see if it permits the planting of gooseberry bushes in your area. If you live in an appropriate state, this guide gives you everything you need to know about growing and caring for gooseberries.

Gardeners can plant their bare-root gooseberry bushes in the spring after the last frost finishes. Check your local listing for frost dates in your area). The bush will start producing leaves in the spring, and it’s a good strategy for gardeners to plant them before the leaves start showing.

The gooseberry bush can withstand cold temperatures as low as 20°F, making them suitable for growing in many climates across the United States.

If you’re planting gooseberry bushes in containers, make sure you wait until the spring or summer, and make sure you don’t grow them in warm weather. It’s best to wait for an overcast, cold day, preferably with rainfall. These conditions create the least amount of stress on the plant, ensuring that it establishes itself in the garden in the first growing season.

To plant your gooseberry, dig a hole around twice the width of the root ball and half as deep. Create a mound at the bottom of the hole, and spread the roots evenly around the planting site, letting them run down the sides of the mound.

Plant your gooseberry level with the soil line, and make sure you cover all of the roots. Backfill the hole with compost and excavated soil, and adding a handful of perlite to the soil helps improve drainage.

After planting, pat down the soil firmly around the bush to remove any air pockets. When you finish planting, cut the plant back to the ground, leaving five or six shots. Water the plant deeply, and add a liquid fertilizer containing high amounts of phosphorous.

It’s important to keep the soil moist in the first year of growth. After that, you can reduce watering to once or twice a week, depending on climate conditions.

To protect your gooseberry over the winter, mulch around the base of the plant. In very cold climates, you can dress the bush in burlap to overwinter.

Gooseberries require large amounts of water, especially during the fruiting season. Irregular watering of the bush may cause the fruit to crack and split open before harvesting.

When the plant starts fruiting, it’s a good idea to place netting over the top of the tree to prevent birds from eating your berries.

Gardeners can breathe a sigh of relief when they learn that the gooseberry is a self-pollinating tree. You only need one of them in your yard to produce fruit every season.

Gardeners can plant their gooseberry trees in containers. You’ll need a pot with an 18” width and the same depth. The gooseberry roots prefer growing out, just under the soil, instead of deep into the ground. 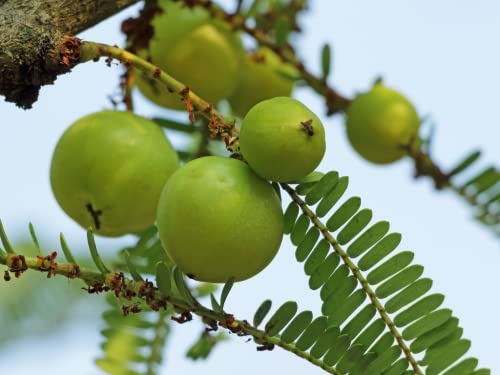 Use an organic potting mix for the soil, and keep it moist. Gardeners can feed their gooseberry bush using an all-purpose granular fertilizer. Spread the fertilizer around the base of the bush, about two feet from the base of the plant.

This fertilizing strategy forces the bush to spread its roots out towards the nutrition in the soil. Gooseberry trees prefer a fertilizer formula that’s high in potassium. If you’re growing in containers, you’ll need to report the plant in a bigger container each year to accommodate the root growth.

Gardeners must prune the gooseberry during the first two years to shape the plant. Choose a pruning method that creates an open vase-like appearance to the bush. This shaping allows for light and air to reach all parts of the gooseberry bush, improving its fruiting potential.

During the first year of growth, the gardener should choose three to five main stems away from the leader cane. Choose items that are growing in opposite directions. Cut each of the stems back halfway to the roots and remove the smaller branches.

When pruning your gooseberry stems, make your cut above a bud that’s facing outwards. The new branches grow out towards you, not towards the inside of the plant. Repeat the process in the second year, picking five stems and p[running them into an open position as previously mentioned.

By the end of the third summer, your gooseberry bush has nine or more new stems. These canes become the main fruiting and flowering branches for the gooseberry bush. After the third year, prune away a quarter of each of the main stems and remove the inward growth from the bush.

Keep three to five of the new stems, choosing the strongest-looking ones on the bush. Prune away the old wood each season moving forward. It’s important for gardeners to note that the gooseberry tree produces fruit on new wood, not old wood. Therefore, pruning helps to keep the plant producing.

Gardeners can propagate gooseberries using hardwood cuttings or by using the tip-layering method. To start, choose a low-hanging new shoot featuring at least three buds. Pull it down towards the ground and tie it in place using a stake and gardening twine.

Cover the shoot with soil at the top of the tip, and the new shoot will root in around a year. After rooting, you can cut away the new plant from the mother and continue with your regular gooseberry care.

If you plan on taking a hardwood cutting, do it in the fall, stripping all the leaves except the top set before planting in a seedling tray. Fill the tray with organic potting mix, and keep the soil moist until the plant roots.

After rooting, plant the gooseberry in a small container for two months before planting it out into the garden.

The gooseberry tree is resilient to pests and disease, but it requires inspection by the gardener during the growing season to avoid pest infestations and infection with a disease.

Gooseberries typically have problems with caterpillars. Gooseberry fruit worm and currant worm are common problems in imported varieties. If you notice holes from these boring insects, cut the stem just below the hole and throw away the debris in the trash, not the compost heap.

If your notice curling appearing in the leaves, it’s a sign of aphid infestations. You’ll find these small black bugs sitting on the underside of leaves or the stems of the plant. They suck the juices out of the fleshy parts of the plant, causing yellow spots to appear where they feed.

If you have pests affecting your gooseberries, you can keep them at bay by spraying down the tree with diluted neem oil. The bugs can’t stand the taste of the oil, and they’ll flee the bush.

Gooseberry plants may also start to get issues with blister rust. This disease is incredibly harmful to white pine trees. As mentioned, states with white pine groves may not permit the planting of any gooseberry cultivar.

Leaf spot and powdery mildew can also become a problem for gooseberry trees that don’t have enough airflow around the leaves. WPM shows up in wet, cold weather, causing a light white powder to form on the gooseberry leaves.

If you notice WPM, you can mix one part baking soda with nine parts water in a spray bottle. Spray down the plant, and the WPM should disappear in a few days.

The gooseberry comes in dozens of varieties, each with unique properties and characteristics. Some of the red types of the gooseberry include the “Pixwell,” “Poorman,” and “Pixwell,” which are easy for gardeners to harvest, with the berries pointing away from its thorns.

Some of the fresh-eating varieties of gooseberry include the “Hinnomaki Yellow,” “Achilles,” “Langley,” “Captivator,” and “Gage.”

Gooseberries suitable for both culinary use and fresh eating include the following.

The varieties resistant to diseases include the “Poorman,” “Leepared,” and “Welcome.” The classic types chosen by gardeners around the globe include the “Downing,” “Oregon Champion,” “Red Jacket,” and “Poorman.”

Wild Leek Guide: How to Grow & Care for “Allium Ampeloprasum”

Cape Gooseberry Guide: How to Grow & Care for “Peruvian groundcherry”

Banana Tree Guide: How to Grow & Care for “Musa Acuminata” 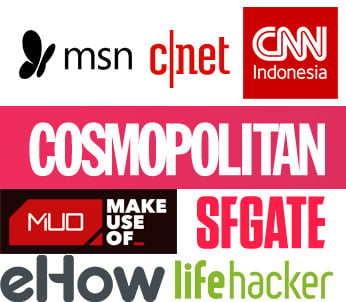