By Hollie CarterSeptember 19, 2022
How to Plant & Grow Pumpkins: Complete Guide
Affiliate Disclosure: We independently test & research all products reviewed on the site. We may earn a small commission if you buy through one of our links. This does not affect our reviews or placement of products on the site.

If there is one type of food that defines the fall season, it’s pumpkins. Not only are the used to carve Jack-o-lanterns, but they’re also an excellent source of nutrition.

Their seeds make healthy snacks, and their flesh and pulp are a wonderful ingredient for all types of savory and sweet dishes, including pies, muffins, and soups. You can even eat mashed pumpkin, much like you would potatoes.

If you love pumpkins, you can successfully grow a patch in your very own backyard. In this guide, we’ll share some helpful tips that you can use to yield a wonderful crop of big, healthy pumpkins.

First, let’s take a look at the history of pumpkins, as we always find that knowing more about a plant helps you develop a greater appreciation for it.

According to archeological evidence, pumpkins are considered a winter squash and are native to the southwest part of the United States, Mexico, and throughout South American countries, including Columbia, Ecuador, and Peru.

These hardy veggies have been cultivated since around 3,500 BC. Pumpkins and maize, or corn, are the oldest known crops grown in the western hemisphere. It is believed that Native Americans roasted strips of pumpkin on open fires for food.

Some Native American tribes also dried out strips of pumpkin and used them to create woven mats.

Pumpkin was a very popular source of food among American colonists. One of the most popular ways that pumpkins were prepared by colonists was removing the tops, de-seeding the vegetables, and filling the inside of the squash with a mixture of milk, honey, and spices and then baked. This preparation is believed to be the origin of modern-day pumpkin pie.

Christopher Columbus took pumpkin seeds from the Americas back to Europe on one of his excursions to the New World. But, because pumpkins require warmth and their growing season is pretty long, the plants never really became as popular in northern European countries, as the temperatures of the summer season are not warm enough to support their growth.

Today, pumpkins are still used as a food crop; however, they are most commonly used for ornamental purposes. Pumpkins are a staple decoration of the fall season; they are particularly associated with Halloween and Thanksgiving.

Now that we’ve touched a bit on the history of pumpkins, let’s discuss how to grow these vegetables in your own garden.

Before you consider growing them, however, it’s important to make sure that you have enough space in your garden to accommodate them. Pumpkins grow on long vines that can reach 20 feet in length or longer.

Choose a location where the vines will have plenty of space to ramble. You can direct the vines where you want them to go when the plants are young; however, once they become established and begin to flower, the vines should be left alone. 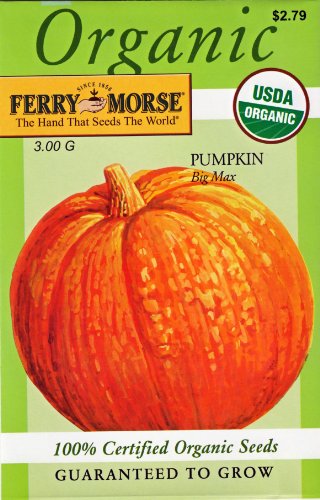 If you don’t have a ton of space, you can still grow pumpkins, but you should opt for a smaller variety. Jack Be Little’s are a great option; however, they cannot be eaten and should only be used for their ornamental value.

If you don’t have a lot of space and want pumpkins that can be consumed, opt for sugar pumpkins. They grow to about 4 to 6 pounds, their flesh is sweet, and they aren’t as stringy inside as other type of pumpkins.

When to Plant Pumpkins

Where to Plant Pumpkins

Pumpkins are very heavy feeders, so you’ll want to make sure that you fertilize your plants. You can use an all-purpose fertilizer that is specifically formulated for vegetable gardens.

For the best results, feed your pumpkin plants every two weeks. You can also mix manure or compost into the soil regularly. 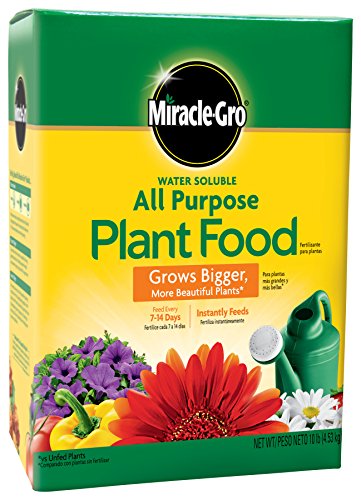 How to Water Pumpkins

Unfortunately, pumpkins are prone to some types of pests and diseases. Cucumber beetles are the most common pest problem. They love to eat the foliage of pumpkin plants and small seedlings will not be able to survive an attack from these pests.

Covering the plants with a garden fabric until they begin to flower will help to keep these pests at bay.

Other pest that can be problematic for pumpkins include squash-vine borers, aphids, cutworms, leafminers, and thrips.

Planting companion plants with your pumpkins – leeks, onion, and dill, for example – can help to keep pests at bay, as they deter them from the pumpkins.

As for disease, powdery mildew, downy mildew, gummy stem blight, white speck, and anthracnose can affect pumpkin plants, particularly in locations where the conditions are humid and wet.

To prevent disease, keep your patch well-weeded, as weeds can spread disease to the plants.

In addition to the above-mentioned information, here are some helpful tips and tricks that you can use to promote healthier pumpkin growth.

After a few months of growth, pumpkins will reach their full maturity. They are ready to pick when their rinds are hardened and they have achieved the coloring that you desire.

You’ll want to harvest your crop before the firs heavy frost, as heavy frost damages pumpkins. When harvesting, use pruning shears to cut the pumpkin from the vine several inches from where it is attached to the stem.

Pumpkins are a great addition to any garden. By following the tips discussed in this guide, you’ll be able to successfully grown your very own pumpkin patch.

Laurus Nobilis Guide: How to Grow & Care for “Bay Tree”