Snapdragon Guide: How to Grow & Care for “Antirrhinum”

The snapdragon is a perennial flower with a short life span. Gardeners typically plant them as annuals, and they are a classic staple in many gardens around the world. These versatile plants offer gardeners a way to add more color and aesthetics to any flowerbed, attracting pollinators to the garden throughout the growing season.

Use the snapdragon to border your flowerbeds or as a standalone on poots around the patio. The snapdragon gets its moniker from the shape of its flowers. At the peak of the flowering cycle, the flowers resemble a dragon’s snout.

The flowers also create an opening and closing motion during the day, giving the appearance of a dragon snapping its jaws. If you look at pollinators like bees engaging with the flowers, they’ll open them up and sometimes climb inside, with the flower swallowing them. When the bee collects its pollen, it burst from the “jaws” of the flower, creating a spectacular visual.

The snapdragon also has lanceolate leaves arranged in a spiral pattern around the flower spike and stem of the plant. The snapdragon has the botanical name, “Antirrhinum majus.” This name translates to “like a snout,” referring to the flower’s resemblance to the nose of a calf.

Typically, large snapdragons attract bumblebees to your yard, as they are the only pollinator with enough strength to prize the flowers apart to capture the pollen. Snapdragons enjoy flowering in cooler weather, and they come in a wide variety of rich colors, adding a spectacular visual effect to the garden.

The snapdragon starts blooming at the bottom of the flower spike, traveling towards the pinnacle during a few weeks of blooming. Typically, snapdragons will slow flowering during the summer season. However, if you give them enough water, they’ll keep blooming right through to the fall.

Snapdragon seeds take around three months to germinate in the ground. Therefore, many gardeners decide to start their snapdragons early indoors and then transplant the seedlings into beds when the last frosts finish for the season.

If you’re growing from seeds, the plants are somewhat slow-growing. As a result, many growers decide to purchase seedlings from nurseries instead. This strategy gives your flowers a fast start, reducing the germination phase where birds may eat the seeds before they have a chance to sprout.

Your snapdragons will do well in growing environments with well-draining soil rich in nutrients. We recommend planting them in direct sunlight, but they will also grow and flower in partially shady flowerbeds.

If you want to grow thick and bushy plants, we recommend pinching the flowering spike before starting to flower. After the flowers finish blooming, “deadheading” or pinching off the tops of the flowers causes new growth, and you’ll get a second flowering session before the end of the fall.

You’ll find that snapdragons prefer flowering in the cooler conditions of the late spring and early fall. If you live in a cool climate further north, your snapdragons will flower all season.

Don’t expect your snapdragons to survive the winter. They do better as annuals. Even if they survive the winter, they likely won’t return with the same robust growth and flowering the following season. It’s a good idea to pull them out and start again with new seeds or seedlings.

Your snapdragons will form seed pods during the growing season, and they may drop seeds to the flowerbeds. If you’re lucky, these self-sowing seeds may end up flowering, starting a new bed of snapdragons the following growing season.

Plant your snapdragons in well-lit flowerbeds for the best flowering results. However, snapdragons will also do well in partially sunny spots around the yard. They’ll need between six to eight hours of direct sunlight exposure during the growing season to gain the strength to bloom.

Ensure you water the plants throughout the summer season, and don’t let the roots dry out between watering.

If you maintain the plant well, it rewards you with a second flowering session towards the end of the growing season in the early mid-fall. Depending on your geographic location, your snapdragons may bloom well into the winter. 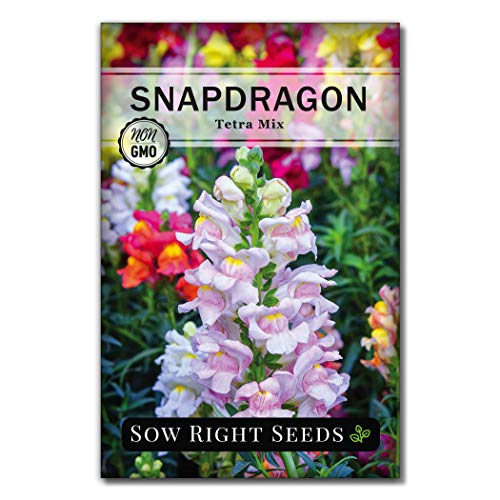 Your snapdragons will thrive in soil with a pH of between 6.2 to 7.0. The plants love growing in soil conditions rich in nutrients, with good drainage around the roots. If the soil doesn’t drain well, you run the risk of the plant developing root rot.

As short-lived flowers, they don’t require much nutrition during the growing season. Adding fertilizer amendments to the soil is usually unnecessary unless the ground is completely devoid of food for the plant.

Adding some mulch and a bit of manure during the growing season is more than enough to help your snapdragons flower to their potential.

Snapdragons need plenty of water to thrive. They are thirsty plants, and you need to ensure you keep the soil moist at all times. Leaving the ground to dry out between watering is a mistake, and it could delay or limit the plant’s flowering capacity.

Ensure you water around the base of the plant and avoid wetting the crown to prevent rot from occurring and killing the snapdragon. The plants have a significant water requirement during the germination and seedling stage. However, as established plants, you can get away with around 1-inch of water twice a week.

To check if your snapdragons need water, stick your finger into the soil. If the soil feels dry on your finger after an inch, it’s time to break out the gardening hose for a watering session.

How Temperature and Humidity Affect Snapdragons

As mentioned, snapdragons do better in cooler conditions towards USDA growing zones 7 to 11. They are reasonably hardy plants, but the warmer the climate, the less impressive the flowering. The snapdragon does best in optimal conditions between the 40s at night and the low 70s during the day.

For this reason, gardeners enjoy planting snapdragons to fill the garden with color in the early months of the year. They give the garden a much-needed burst of color while the rest of the flowerbed is catching up.

Snapdragons don’t need much fertilizer to thrive. If you live in warmer climates, adding some diluted liquid 10-10-10 fertilizer minimizes the risk of the plant developing nitrogen burns while feeding the roots the nutrition they need to thrive.

As mentioned, starting your snapdragons from seeds is challenging. Therefore, you’ll need a green thumb to ensure they sprout and take hold.

It’s for this reason that we recommend growing from seed for advanced gardeners only. If you’re new to gardening, it might result in disappointment when your sprouts don’t up.

However, growing from seed gets easier the further north your go. Cooler climates make for easier growing conditions when starting from seed. If you live in cooler climates, you might even get self-sowing seeds sprouting the following growing season.

If you want to get the fastest start to your snapdragons, we recommend starting them from seed indoors, around 6-weeks before you intend on planting into the flowerbed. Some gardeners may start the seeds up to 12-weeks before planting them into flowerbeds.

For starting your seeds indoors, you can use a general potting mix, pressing the seeds into the soil. Lightly water the soil with a spray bottle, and position the seedling tray under a bright light for 16-hours a day. Make sure that the growing medium doesn’t dry out or the seeds will fail to sprout.

After the seedlings grow their fifth to the sixth set of leaves, they are ready for transplanting into the garden. The seedlings should measure around three to four inches at this stage of the lifecycle, and they’re hardy enough to plant directly into the soil in direct sunlight.

After giving the plant a few days to establish itself in the soil, you can pinch the tip of the plant off to encourage it to start growing outwards. Established plants may even withstand light frosts.

Snapdragons are hardy plants and resistant to most diseases and pests. However, there are a few that you need to look out for during the growing season.

The most significant disease affecting snapdragons is rust fungus. This pathogen can overwinter in the soil, impacting the growth and flowering of next year’s snapdragons. Therefore, you’ll have to remove the ground or use a fungicide to kill the disease before it kills the snapdragons and spreads to other plants in the flowerbed.

Spider mites and aphids are also a concern for gardeners, but it’s easy to control these pests with a natural product like neem oil. Spray the plants down when you notice signs of the pests, and they should disappear in a day or two. 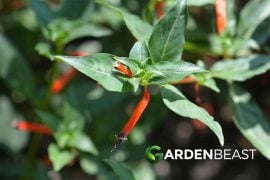 Cigar Plant Guide: How to Grow & Care for “Cuphea Ignea” 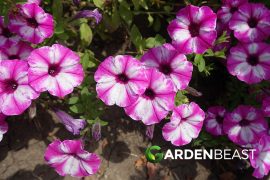 Petunia Guide: How to Grow & Care for These Flowers 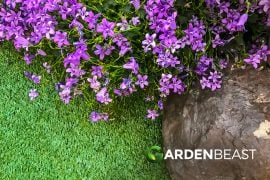 Creeping Thyme Guide: How to Plant & Care For “Mother of Thyme”