Echinopsis Pachanoi cacti make amazing ornamental plants, but they are also rich in mescaline, a psychedelic substance, so consuming these plants is illegal in many countries.

Echinopsis Pachanoi, also known as Trichocereus Pachanoi, Achuma, Cactus of the Four Winds, or the San Pedro Cactus, is a very easy-to-grow and popular columnar cactus.

Natively found in South American countries like Peru, Chile, Bolivia, and Ecuador but grown in other parts of the world as well, this impressive cactus is quite fast-growing and it can reach up to 20 feet (3m) in height.

This ornamental cactus has been used for thousands of years in traditional medicine and shamanic rituals in South America so it comes as no surprise that it has over 25 different names such as andachuma, huachuma, achuma, aguacolla, giganton, hahuacollay, to name a few.

Cataloged by Dr. Joseph Nelson Rose, an American botanist, who named it after Eng. Abelardo Pachano Lalana, a renowned Ecuadorian botanist, Echinopsis Pachanoi is full of surprises. It contains mescaline, a controversial psychedelic which is illegal in the US, where the plant is sold solely for ornamental purposes.

Growing, caring for and propagating Echinopsis Pachanoi is fun and rewarding, for beginners and experienced cacti growers alike. The San Pedro cactus thrives at high altitudes, such as the Andes Mountains, where it can be found at altitudes of 6,600–9,800 feet (2000-3000m).

When grown outdoors, the San Pedro cactus can withstand temperatures as low as 48.2°F (-9°C) and it prefers temperate climates, plenty of light, and fertile, well-draining soil.

Growing Echinopsis Pachanoi is easy especially since this versatile cactus is very forgiving and only needs a little water and some nutrients. The best thing about San Pedros is that they don’t mind cold weather as long as the temperatures don’t drop below 15°F (-9°C). So, if you live in a temperate region, you won’t have any issues with growing San Pedro cacti outdoors.

In its natural habitat, this cactus gets a lot of natural light and its soil is more nutrient-rich than the regular cacti soil mix. If you grow this cactus in a container, you can feed the soil a little, but not too much, because it’s still a cactus.

Cacti don’t need a lot of water to grow healthy and happy, but just like any other plant, they do need some care, love, and attention. When growing Echinopsis Pachanoi indoors, make sure you place it on a well-lit window sill, preferably on the south-side, and water it more often on hot summer days. 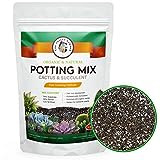 As mentioned above, these cacti grow relatively fast, especially if they are acclimatized to their growth environment, they are planted in good soil and watered more often throughout the warm summer months. Mature, established plants can grow 11-12 inches (30cm) in a year.

Echinopsis Pachanoi cacti are quite susceptible to fungal infections such as witches broom disease and orange rot, especially when they are overwatered. If you suspect that your cactus has a fungal infection, make sure you remove all the affected parts with a clean knife.

If the plant has too many lesions, it might be better to take a few healthy cuttings and start a new plant. In general, fungal outbreaks can be prevented if the cactus has well-drained soil, plenty of heat, proper ventilation, and a sterile medium.

Other common pests that can affect Echinopsis Pachanoi include scale, spider mites, and root mealybugs all of which can be easily removed with neem oil or simply scrubbed off if the plant isn’t severely affected.

San Pedro cacti prefer a dry environment and, like most cacti, they are very sensitive to overwatering, which is the number one cause of cacti demise. Because they naturally grow in the Andes Mountains, at high altitudes, San Pedro cacti thrive in temperate environments, so if you live in USDA Hardiness Zones 8b-10b, you can grow these beautiful ornamental plants outdoors.

When planted outdoors, San Pedro cacti will need more frequent watering in summer, and minimal watering in the cold winter months. Cold temperatures can prevent the water from evaporating, and your cacti might sit in damp soil for too long. This, in turn, can lead to root rot, which must be avoided at all costs.

A major difference between Echnopsis Pachanoi and other cacti is the fact that it requires some nutrients from time to time. You can purchase specific cacti nutrition that has high amounts of phosphorus and potassium, and low amounts of nitrogen. The ideal NPK value for cacti fertilizer is 4-7-7 and 2-7-7.

You can easily propagate Echinopsis Pachanoi cacti from offsets, which grow abundantly around the base of the mature plants.

If you plan on repotting your Echinopsis Pachanoi, it’s best to do it during the warm season. Before repotting, the soil should be dry to prevent damaging the roots. Remove as much soil as possible and clean any rotten or dead roots in the process.

Keep an eye out for pests and diseases and treat any cuts with a fungicide. Put the plant in its new container and spread the roots as much as possible while adding fresh cacti soil mix. Let the plant rest in dry soil for a week and then start watering it lightly until the plant adjusts to its new environment.

Echinopsis have stiff spines, so you might want to wear gloves while handling these plants.

Growing Echinopsis Pachanoi is fun and rewarding because these friendly giants grow faster than other cacti and they produce beautiful flowers and edible fruit. To grow healthy and happy, they need well-draining soil, plenty of natural light, and a little water once in a while. You can grow them outdoors if you live in a temperate region, as long as the winters are not extremely cold.

Echinopsis Pachanoi cacti make amazing ornamental plants, but they are also rich in mescaline, a psychedelic substance, so consuming these plants is illegal in many countries.

Growing them as ornamental plants, however, is perfectly safe, but you should still keep them away from children and pets.

Mammillaria Gracilis Guide: How to Grow & Care for “Thimble Cactus”