The United Nations is calling the attention of humanitarian organizations and the international community to East Africa, where a swarm of locusts is causing concerns of a looming plague.

Earlier this week, the Food and Agriculture Organization (FAO) of the United Nations warned that nymph (infant) desert locusts have started to grow in the backcountry of Somalia and are set to develop wings in the next three weeks to a month.

At this point, the organization explained, they would constitute a threat to millions of people in the area who rely heavily on crops for food.

According to a recent report from The Daily Mail, an estimated 360 billion locusts have already made their way from Somalia to Ethiopia and Kenya. There are concerns they could make an entry into Uganda.

Somalia itself is already neck-deep in the crisis, as all estimates point to the rebel-held area as ground zero for this impending crisis. Mark Lowcock, a humanitarian for the United Nations, however, pointed out that as soon as these locusts gain the power of flight and start to eat, they could very well grow to become the most devastating locust plague in living memory.

The Food Security and Nutrition Working Group (FSNWG), an inter-agency organization already estimates that East Africa has about 19 million people facing an acute level of food insecurity. When the locust problem reaches the next stage (hungry animals looking to eat anything), things could get much worse.

Somalia already declared a state of emergency over the problem, with Minister for Agriculture Said Hussein Iid saying last week that the food sources for millions of the country’s citizens and livestock are at risk.

As he explained at the time, a combination of “certain conditions” has caused the ordinarily solitary desert locusts to converge, and their movement- along with rapid reproduction- could see them consume vast amounts of forage.

As The Daily Mail further explains, the incoming crisis could see the locusts consume enough food for about 35,000 in a single day.

While several experts have advocated for the use of aerial pesticides to control their growth and reproduction, the hotspot for the locusts is in a region held by al-Shabab, an Islamist extremist group that is known to be affiliated with al-Qaeda. Any mission that will involve aircraft flying over that region could be devastating.

UN Secretary-General Antonio Guterres also pinned some of the blame on the planet’s increasingly dire climate change issue, pointing out at an African Union summit in Addis Ababa that increased warming in seas has led to the generation of cyclones- a perfect breeding ground for locusts.

The East African region isn’t the only area being plagued by a swarm of locusts. Earlier this month, Pakistani Prime Minister Imran Khan declared a national emergency over the insects’ proliferation, citing a need to protect the country’s crops and farmers from what has grown to become the worst locust infestation in over 20 years.

As a report from DW on the matter explains, the locusts allegedly came into the country from Iran, and have dealt a devastating blow to some of its major crops- including and especially cotton, wheat, and maize. However, the problem was especially exacerbated by a mixture of favorable weather conditions and increased knuckle-dragging by the government on the matter.

However, the consistent increase has forced the administration to sit up, and efforts are now being made to calm the problem and restore order to the country. 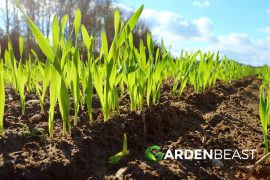 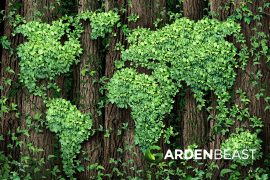 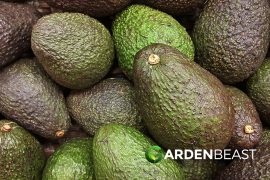