Some links may be affiliate links. We may get paid if you buy something or take an action after clicking one of these

Complete Guide to Lantana: How to Plant & Care for Lantana Plants

If you want to bring a burst of color to your garden this growing season, then consider planting some Lantana. This plant produces bright and cherry blossoms during the summer months, and warmer climates in the United States allow for the year-round flowering of the Lantana.

The flowers come in a variety of hues, and also goes by the moniker of the “Spanish Flag.” This species may be somewhat invasive in some locations throughout the US. However, the plant is a favorite for pollinators, and it attracts plenty of birds and bees to the yard during the flowering season.

Known as an easy-growing plant, the Lantana thrives as an annual in northern climates, and as evergreen or groundcover in frost-free conditions. This plant is a member of the verbena family, and its native to South Africa, as well as South and Central America.

There are over 150-recognized varieties of Lantana, with the Lantana camara and hybrids being the most popular options for gardeners in the United States. This plant thrives in hot weather, making it a popular choice for gardens in the southern and south-western states.

However, its fast-growing characteristics are what make it a somewhat invasive species in the US.

What Are the Best Growing Conditions for Lantana?

Plant your lantana is areas of the garden that revive between 6 to 8-hours of direct sunlight during the day. The plant prefers morning and afternoon sun, with shade in the midday heat. 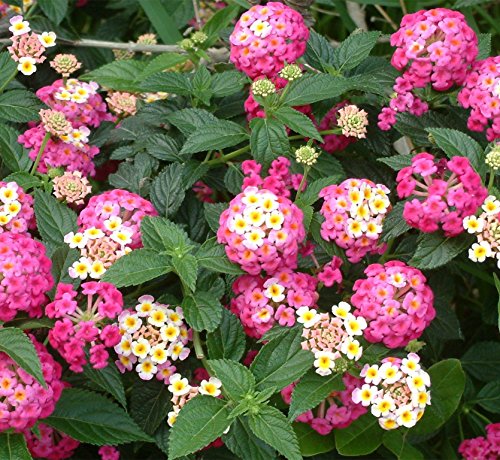 Flowers come in multi-hued, bi-colored, or solid colors, and some of them change in color as they get older. The lantana blossoms come in a variety of colors, including coral, peach, yellow-red, purple, orange, and combinations.

The leaves can grow up to 4-inches in length, with an oval appearance and variegated or solid coloring in the green leaves. If you brush up against the lantana, it produces a pungent sage-like aroma, which some gardeners might find unpleasant.

The non-sterile varieties of lantana will start to produce small berries as the plant begins to finish its flowering cycle. The berries start as green in color and then turn black as they mature. Older plants also begin to develop woody stems.

All parts of the lantana plant, including the flowers, are toxic to people and pets. If your dog or child eats the flowers, it could mean that you need to take a trip to the emergency room.

Educate your children about the toxicity of the plant, and keep pets away from lantana wherever possible.

How Do I Plant Lantana?

The lantana loves the heat of the summer. It’s best to plant it during the early spring after the last frosts fall to the ground in your area. Check your local listings for frost dates. After the soil warms up, plant your lantana in an area of the garden that receives morning and afternoon sunlight. Planting lantana in shady areas may prevent the plant from flowering. 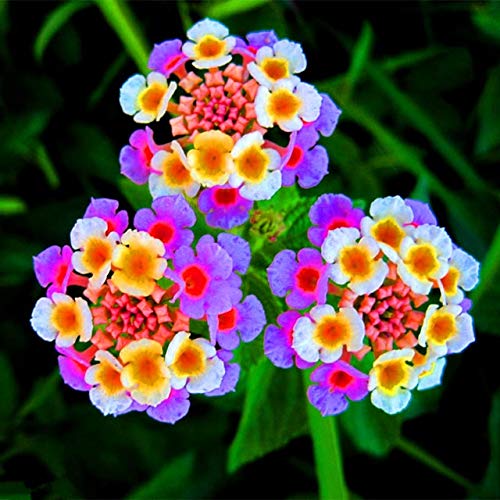 If you’re growing lantana in containers, then make sure you choose a high-quality potting mix. Add some perlite to the soil to improve drainage and airflow to the roots of the plant. Make sure the container drains well to prevent the roots from developing rot.

Caring for Your Lantana Plant

Lantanas require some maintenance and care during, and after the growing season, depending on the variety you choose. If you’re growing a perennial variety, the plants turn into shrubs or woody groundcover in the garden.

In the early spring, you’ll need to cut back the dead canes and prune the plant back by 30% to generate new growth.

Annual varieties of lantana require light pruning to shape the plants. Pinch the tips of the stems to encourage the plant to branch out and increase flower production in the summer.

How Do I Deadhead Lantana?

By deadheading your lantana during the flowering season, you extend its blooming time. As a result, you might be able to squeeze in an extra flowering session before the winter sets in, and the cold weather arrives.

Deadheading also prevents the plant from forming berries. While this practice is not necessary to grow healthy lantana, deadheading allows you to enjoy your plant for longer during the growing season.

How Do I Overwinter Lantana?

If you’re growing lantana in colder climates, then you’ll need to overwinter the plant indoors. Remove the plant from the garden, and plant it in a pot. Leave the pot in a cold, dark area of your home, and spread mulch over the top of the plant, leaving the crown exposed.

What Soil Types for Lantana?

Lantana grows well in most soil types. However, the plant prefers soils that offer excellent drainage and plenty of nutrients to help it flower. For best results during the flowering season, plant your lantana in slightly acidic soils.

You can mulch around the base of the plant throughout the growing season, but make sure you never cover the crown.

How Do I Fertilize Lantana?

You don’t have to fertilize established lantana plants. However, a dose of all-purpose liquid fertilizer in the early springtime boosts the rapid growth of the plant. Over-fertilizing your lantana may prevent it from flowering. 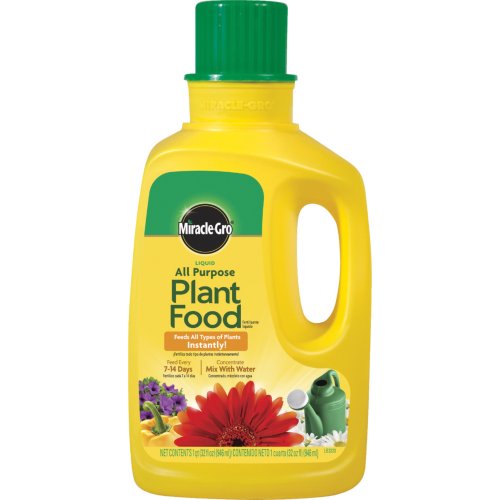 Miracle-Gro Liquid All Purpose Plant Food is perfect for Lantanas

How Do I Water Lantana?

We recommend you eater your lantana regularly until the plant establishes a healthy root system. As the plant’s age, they require less water. The stems turn woody over the years, and the plant eventually develops very good drought-resistance.

Water once or twice a week if you live in dry climates like Nevada or Arizona. In areas that receive substantial rainfall, you can probably get away without having to water your mature plants for the entire season.

What Are the Diseases and Pests Affecting Lantana?

If the plant doesn’t receive sufficient airflow, it might start to show signs of botrytis or powdery mildew. However, in most cases, lantana is a very hardy plant that is resistant to disease. Deer also avoid easting lantana. 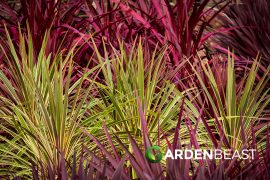 Complete Guide to Cordyline: How to Plant & Care for Cordyline Plants 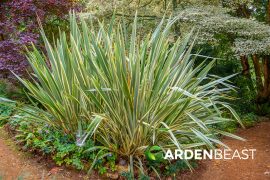 Complete Guide to Phormium Tenax: How to Plant & Care for New Zealand Flax 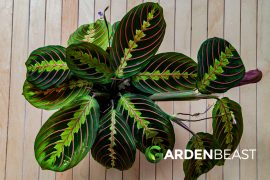 Complete Guide to Maranta Leuconeura: How to Plant & Care for “Prayer Plants”