Ladybird Poppy Guide: How to Grow & Care for “Papaver Commutatum”

Spring is coming in just a few months and you probably don’t want it to find you unprepared. And what can be more satisfying than filling your garden with mesmerizing and colorful plants? If you want to be a little fancy this year, these flowering sweethearts are a must-have!

The cultivar Papaver commutatum ‘Ladybird’, commonly known as the ‘Ladybird’ Poppy, Caucasian Scarlet Poppy, Poppy ‘Ladybird’, or Ladybug Poppy, is a species of flowering plants in the Papaveraceae family. This hypnotic plant can be found growing in the Caucasus and several regions of northern Turkey and northwestern Iran.

Thanks to their unique pattern, ‘Ladybird’ poppies have become highly popular ornamental houseplants worldwide. Not only do these beauties look absolutely stunning, but they are also very easy to grow and care for. These plants have been mostly seen in various landscape decorations like meadows, beds, sunny borders, or cottage gardens. Without a doubt, they will look fantastic as cut flowers in alluring vases or potted plants in adorable containers too! 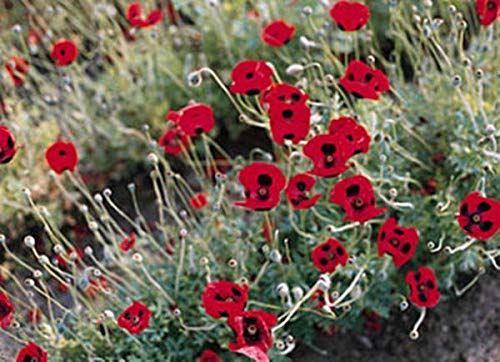 When you pay attention to their basic demands and love them unconditionally, growing ‘Ladybird’ Poppy plants is a piece of cake! Flowering plants can be quite picky sometimes, but this is not the case with these plants. They are very low-maintenance and do well in almost any environmental conditions all-year-round.

In terms of light requirements, ‘Ladybird’ Poppy plants prefer locations where they can receive plenty of full sunlight. If you want to grow these babies outdoors, plant them in a spot that can provide them with bright and direct light for at least six hours each day. Indoors, place them near or in front of well-lit windows, such as the south or west-facing ones.

Temperature-wise, ‘Ladybird’ poppies are a true delight! In general, they enjoy warm temperatures that range from 68 to 77 °F (20-25 °C) during all seasons. But do not worry! If you live in a region with cooler temperatures or long winters, these plants are ideal for you. They can withstand temperatures that drop to 5 °F (-15 °C), making them pretty tolerant of frost.

‘Ladybird’ poppy plants can be occasionally visited by pests like slugs, snails, and aphids. Snails and slugs love feeding on seedlings and damage them easily, so you can sprinkle their potting soil with crushed eggshells, pelletized iron phosphate, or diatomaceous earth. If your plants are infested by aphids, you can remove them with bare hands and apply a suitable insecticide.

‘Ladybird’ Poppy plants are one in a million, so it is perfectly normal to want what is best for them. Whether you have found a nice spot in your garden or a lovely pot to plant them in, these plants will have the time of their life. Especially if they grow in loamy soils that have excellent drainage. They usually benefit from nutrient-rich soil, so make sure you look for fertile substrates that are rich in organic matter.

If you grow these flowers in rich soil, they will do just fine without regular fertilizing. However, it is recommended you mix about two inches (5 cm) of compost with the soil before planting. They grow at a pretty fast pace, so you must provide them with an organic fertilizer rich in nitrogen only if you notice some lack of growth. Feed your plants in early spring.

If you have already thought that the frost-tolerant feature of ‘Ladybird’ Poppy plants is more than enough, wait to see how easy it is to water them! These babies prefer constantly damp soil, but they can also tolerate short periods of drought. Thus, they are a great choice of flowering plants for a beginner or a forgetful owner.

In general, ‘Ladybird’ poppies do well with about one inch (2.5 cm) of water per week. However, the frequency of watering may vary depending on the region they are grown in and also the environmental conditions they experience. If you want to make sure you provide your plants with enough water, check the soil regularly in-between waterings. If the substrate feels dry to the touch, give your thirsty flowers a nice watering.

Keep in mind that it is always better to let your ‘Ladybird’ Poppy plants dry for a few days than to over-water them. They are susceptible to root and crown rot, so too much moisture may result in irreversible damage and, eventually, the death of the plants. Water your plants in the morning to allow their foliage to dry properly before the harsh afternoon sunlight.

‘Ladybird’ Poppy plants are a must-have in every home or garden, so why not surprise your family members or friends with a gift? The best thing about these beauties is that they are very easy to propagate through seeds and show results faster than other flowering plants. If you are not very experienced in the gardening world, worry not! We are here to teach you how to propagate Ladybird poppy so that you can gift the most charming specimens to your friends and family!

If you want the flowers to appear in summer, the seeds must be collected from the mother plants in early spring. They can also be harvested and sown in early fall to obtain flowers in the next season of blooming in late spring. Either way, remove as many seeds as you want from the flowers and plant them right away in fresh potting soil.

For the growing medium, fill a pot or bed with a suitable well-draining mix and make sure the container has drainage holes at the bottom. The seeds must be sown just above the substrate and provided with water to maintain the soil constantly damp. Moreover, the recommended temperatures for germination range from 50 to 60 °F (10-16 °C).

If you follow these steps and keep the container in a location with bright light, the seeds will germinate in three to four weeks after sowing. Once the seedlings have developed a strong root system, you can transplant them into their own pots. Be very careful in this process because poppies usually do not appreciate being moved around or disturbed.

Now that ‘Ladybird’ Poppy plants have charmed you with their superb appearance and very few demands, go on and give them a chance! If not, they will probably leave their print onto your mind until you decide to do it. If you’re already a fan of Ladybird poppies and you’re growing them in your garden, share your experience in the comments below! 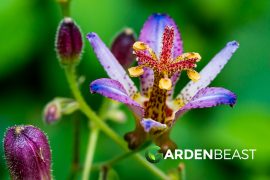 Toad Lily Guide: How to Grow & Care for “Tricyrtis” Plants 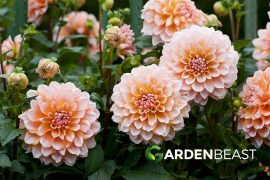 Dahlia Guide: How to Grow & Care for These Beautiful Flowers 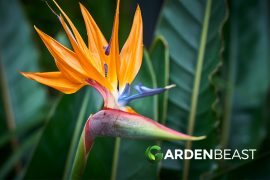 Strelitzia Reginae Guide: How to Care for “Bird of Paradise” Flower