Iceland Poppy Guide: How to Grow & Care for “Papaver Nudicaule”

Read our guide to Iceland Poppies for everything you’ll ever need to know! Tips for planting & caring for "Papaver Nudicaule"
By Miruna Secuianu July 27, 2021

Are you looking for some bright and cheerful colorful flowers for your garden? Iceland Poppies are the answer.

Papaver Nudicaule, or commonly known as Iceland Poppy, is a lovely perennial that you’ll simply love to have in your outdoor space. The vivid colours of Iceland Poppies, the feathery foliage, and the hairy and fuzzy flower stems give these plants a fantastic, unique appearance.

It is believed that Iceland Poppy has been around in people’s gardens since the late 18th century and early 19th century. Over time, this flower has adapted to a lot of threats, becoming resistant to a number of things. This is one of the reasons why Iceland Poppy is really easy to care for.

Ready to learn more about growing and caring for Iceland Poppy? Keep reading below!

Caring for Iceland Poppies is really easy. These plants are very resistant to a number of things, and they don’t have a lot of problems that may damage them. Despite not being native to Iceland, these flowers are cold-hardy. They are also drought-resistant. Plus, Iceland Poppies are also deer-resistant flowers. So, very few things can kill them.

As long as you provide them with all their ideal growing conditions, your Iceland Poppies will thrive. So, don’t worry! These flowers won’t give you a hard time.

First of all, you need to consider the light preferences of these flowers. Iceland Poppies are sun-loving flowers and require a lot of light to grow healthy and bloom. It’s best to choose an area where the flowers will get full sun for at least a few hours daily. Yet, a place where they get partial shade will also work if you have no other option.

Pruning is also a good idea to help your Iceland Poppies thrive. More precisely, you should deadhead and remove old blooms to encourage continuous blooming in the right season.

When it comes to planting Iceland Poppies in your outdoor space, you have two options to grow them from seeds.

The first method involves planting the seeds directly into the ground in your garden. However, this method has some risks as it is less effective than starting your flowers in containers. To plant the seeds in your garden, you should:

The second method involves planting the seeds in containers first. To do that, you should:

When planting your Iceland Poppies, make sure to also consider that they need: 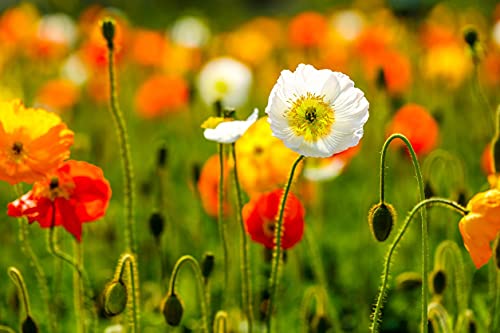 Overwatering your Iceland Poppies is the sure way to kill them!

Iceland Poppies are very sensitive to fungus diseases which typically appear when the plants are kept in soggy soil. So, make sure that the soil of your flowers is never soggy. In fact, Iceland Poppies are drought-tolerant, which means that they will still survive even if they get a bit thirsty. So, it’s better to underwater your Iceland Poppies than to overwater them.

Iceland Poppies do, however, prefer to have a consistent watering schedule. But, to make sure that you don’t overwater them, adapt the watering schedule to all other conditions that may dry the soil faster or slower. For example, as the temperatures start to rise during the hot season, you may have to water your flowers more often than you do in early spring when temperatures are still lower.

The best way to avoid overwatering your Iceland Poppies is to only water them once the top few inches of the soil dry out.

If you want to have more Iceland Poppies in your garden, the only thing you need to do is to propagate them using the seeds of the mature plants you already have in your outdoor space.

To do so, follow the steps of the two methods of planting seeds, be it directly in your garden or in containers.

Keep in mind to only collect the seeds from your mature Iceland Poppies after the crowns have opened and the seeds have changed their colour to brown.

Having Iceland Poppies in your garden is an absolute joy. These flowers will colour your garden in plenty of lovely and vivid shades. They will also attract pollinators and other fascinating winged beauties to your outdoor space. All they ask for in return is a little care from your side. 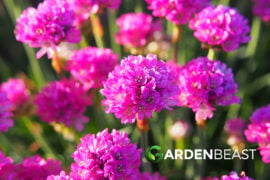 Armeria Maritima Guide: How to Grow & Care for “Sea Thrift” 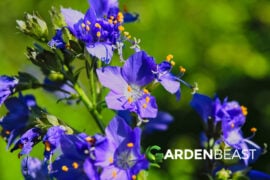 Jacob’s Ladder Guide: How to Grow & Care for “Polemonium caeruleum” 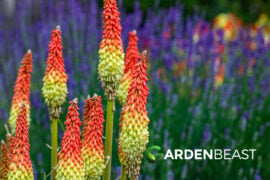